Test Pass Academy has expert Microsoft instructors that have been doing the MCSA Windows Server 2016 Certification back since the Microsoft NT days. This course is taught by world class Microsoft Certified Trainers who have hands-on practical experience. Aside from the best training, our course prepares you to take the Microsoft Official Certification Exams - which are offered by Pearson VUE, on-site at the same facility. Our experts have a vast understanding of security and a remarkable teaching ability making it easy to PASS the MCSA Windows Server 2016 Exams on the 1st attempt. If you are looking to gain Microsoft Server experience and pass the exams at the same time, you found the right place. This 9 day bootcamp is geared for Corporations, Government, Military and Contractors seeking timely training and certification.

What will I learn in the MCSA Server Bootcamp?

This course maps to the following three certification exams: 70-740, 70-741 and 70-742. You will have the opportunity to take these 3 exams during the bootcamp. Our camp is focused on teaching students how to use the technology, not just how to pass the exams. Our instructors guide you through step by step examples and demonstrations, not just long lectures. Your instructor will create real world scenarios for lab environments.

This class can also be combined with one of our MCSE certification bootcamps below to become an MCSE in one of the following:

Upon completion of the MCSA Server Course, you will demonstrate competence and learn to master:

Candidates for these exams are involved with the installation, storage, and compute functionalities available in Windows Server 2016. Candidates perform general installation tasks, including installing and configuring Nano Server, as well as creating and managing images for deployment.

Exam 70-740/Course 20740A: Installation, Storage, and computer with Windows Server 2016
This exam focuses primarily on the installation, storage, and compute features and functionality available in Windows Server 2016. It covers general installation tasks and considerations and the installation and configuration of Nano Server, in addition to the creation and management of images for deployment. It also covers local and server storage solutions, including the configuration of disks and volumes, Data Deduplication, High Availability, Disaster Recovery, Storage Spaces Direct, and Failover Clustering solutions. The exam also covers Hyper-V and containers, along with the maintenance and monitoring of servers in physical and compute environments.

Exam 70-741/Course 20741A: Networking with Windows Server 2016
This exam focuses on the networking features and functionality available in Windows Server 2016. It covers DNS, DHCP, and IPAM implementations, in addition to remote access solutions, such as VPN and Direct Access. It also covers DFS and BranchCache solutions, high performance network features and functionality, and implementation of software-defined networking (SDN) solutions, such as Hyper-V Network Virtualization (HNV) and Network Controller.

What is the Microsoft MCSA Windows Server 2016?

Microsoft Windows Server 2016, previously referred to as Windows Server vNext, is a server operating system (OS). The server operating system is specifically developed to serve as a platform for running networked applications. Network Controller, a new server role that provides a centralized, programmable point of automation to configure, manage, monitor, and troubleshoot virtual and physical network devices and services. Network Controller can be used with System Center products like Virtual Machine Manager and Operations Manager as well as PowerShell. 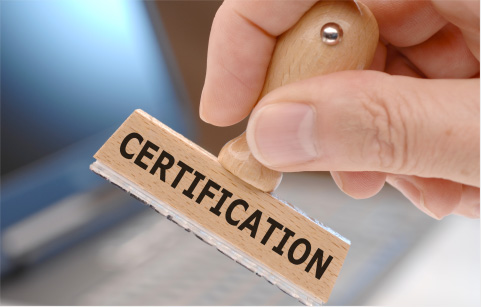 Your Instructor Has Vast Experience in the Field

The class went great. Michael was an excellent teacher. He has vast experience in the field and used great real world examples to help understand concepts. Thank you for the opportunity to take this bootcamp with such a qualified teacher.

Fred is a fantastic instructor, with his background, experience and high energy teaching style I definitely have a great deal of confidence in passing the test first time through. I definitely will recommend your class for any future CISSP candidates.

Instructor for the Course Was Outstanding

I had a great experience and thought that the test center was top notch. The material that has to be covered for an exam like these is very extensive. The instructor for the course was outstanding, and knew the Windows platform in and out.

I Learned a lot and Passed the Test

The Security Plus class went very well!! I learned a lot, passed the test, and Tracy was an excellent instructor. I felt it was very valuable training for my job and was very satisfied with my experience with Test Pass Academy. Thank you for everything.

For more information on our Training, call us at 1-888-418-7051 or via email at info@testpassacademy.com